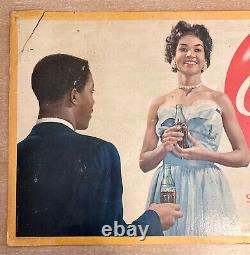 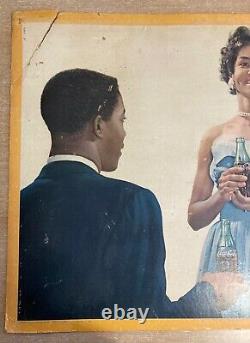 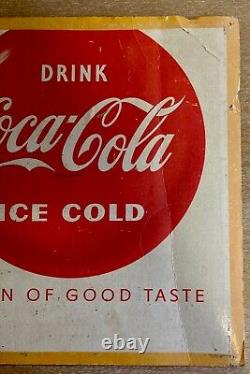 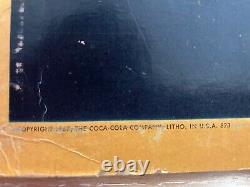 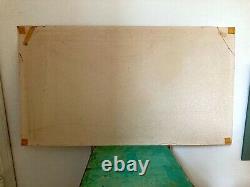 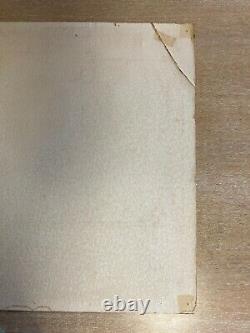 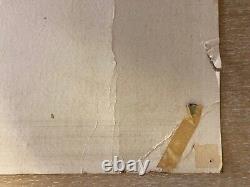 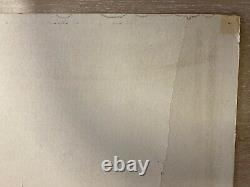 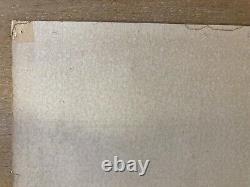 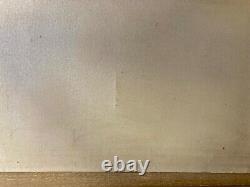 RARE and ORIGINAL and HISTORIC. Part of Coca Cola's 1950's campaign to feature middle-class African Americans in Coke ads. See more background details below. Google images do not show a copy of this sign. 36" wide by 20" high.

Due to its historic value it is an item that should be part of any serious Coke collection. Remember to look at all the pictures for a detailed description of the sign and of its condition. Seniors downsizing & this sign deserves a home that appreciates its value.

Moss Kendrix was an African-American public relations specialist who had Coca Cola as a client. In the mid-1950s, he produced an ad campaign that depicted African-Americans as "everyday" people. Seeking these "everyday people, " Kendrix visited the Atlanta-based Clark and Morehouse colleges, where he recruited black college students to appear in Coke's first non-celebrity "Negro market" ads. Beginning in 1955, these young black men and women appeared in advertisements that featured portraits of black women shopping, teaching and typing; black men wielding golf clubs or relaxing in a "favorite chair" after work; young women gossiping, playing tennis and dressed for prom; and young couples dating, picnicking and studying. They appeared in the black print media, including EBONY magazine, black newspapers and trade journals, as well as in primarily (but not exclusively) black businesses, and in the "general market" as billboards and subway placards.

These non-celebrity black advertisements mirrored precisely Coca-Cola's "general market" advertisements. This item is in the category "Collectibles\Advertising\Soda\Coca-Cola\Signs". The seller is "nbeinhac" and is located in this country: US.

This item can be shipped to United States.